I think it’s time to bring back a few words from the chest of archaic verbiage. Why? For me, it helps to find more ways to free myself from the daily onslaught of the mad king. His pervasive lying and bloated edicts leave the global masses indignant and filled with loathing. I am one of them and one with them.

I listen to Tim Robbins narrate Fahrenheit 451. From the Wiki:

“Fahrenheit 451 is a dystopian novel by American writer Ray Bradbury, published in 1953. It is regarded as one of his best works. The novel presents a future American society where books are outlawed and “firemen” burn any that are found. The book’s tagline explains the title: “Fahrenheit 451 – the temperature at which book paper catches fire, and burns…” The lead character is a fireman named Montag who becomes disillusioned with the role of censoring works and destroying knowledge, eventually quitting his job and joining a resistance group who memorize and share the world’s greatest literary and cultural works.

The novel has been the subject of interpretations focusing on the historical role of book burning in suppressing dissenting ideas. In a 1956 radio interview, Bradbury said that he wrote Fahrenheit 451 because of his concerns at the time (during the McCarthy era) about the threat of book burning in the United States. In later years, he described the book as a commentary on how mass media reduces interest in reading literature.”

HBO has produced a film based on the book to be released in 2018. (Check out the linked trailer.)

Are we inching closer to this realm presided over by the mad king?

Bezonian is a word that popped up in my Dictionary.com feed today. It’s perfect.

1. an indigent rascal; scoundrel.
In this case, I apply the word base in its adjective form: vulgar, low
Enough said. 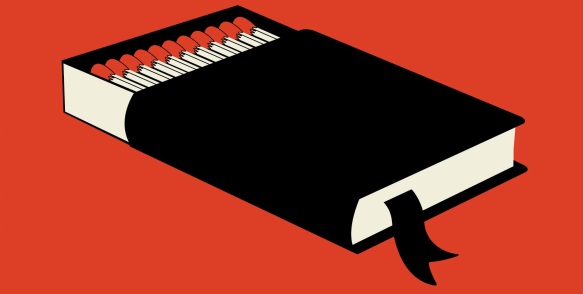 (image borrowed from this Op-Ed piece: “Why Fahrenheit 451 is More Relevant Now Than Ever”) 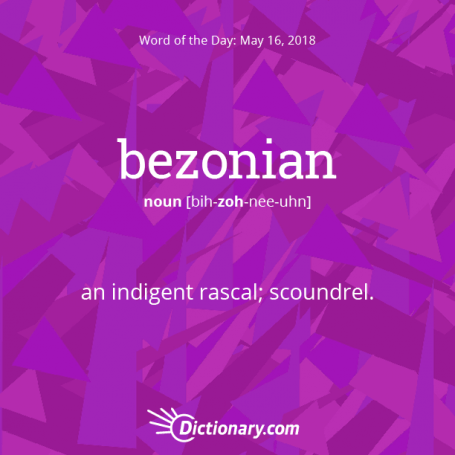