You can write whatever you wanna say out loud,

But just don’t have the cojones to blurt it out. I’ve got so many thoughts all jammed in my head that it’s a wonder I can keep the focus on one foot in front of the other. Now, people talking? That’s a distraction from those thoughts in the squiggles of my brain all pushing their way out like the Peanuts characters singing at the top of their lungs. 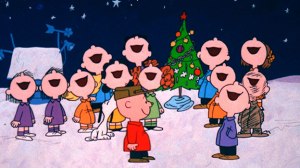 When others talk, I listen, and those lodged thoughts settle down into the recesses while my temporal lobe goes to work jumping ahead of the band on stage to be the center, at attention.  Now and again, I hear something that sets off my hippocampus for a moment and a divertissement ensues.  I quickly have to reel it all back in before those little bits of circus debris make their way to the fore to twist my mouth into speech.  Interrupting the speaker? Parish the thought!  But I do, yes, I do. I’m sorry. I don’t mean to be rude.

Sometimes I take breaks from people to just sit in the stillness and let my mind unfold in myriad ways with pen to paper, fingers to keys, mouth to microphone and just let it all go.  Many make a profession out of this, and I must say that I’ve had some success in this arena. I neither own a home nor drive a new car, but my mental output puts food in front of me, and I am so gratefully satisfied.

Sometimes you have to write things that you want to say out loud but can’t or don’t. When I live through a seemingly unbearable situation, I attempt to write about it in order to keep the peace that helps maintain my sanity and increase my mental health.

There is one thing that I do that keeps me ultra focused on a central theme, and that is teaching. When in lecture or lab with adroit minds capturing my every word and movement, I am completely at the moment. The most difficult times in my life have occurred during my years of teaching, and it was only in those moments with my students that I found salvation.  All of the pain simply went away as dedication to my craft co-opted me.

Music, oh music, my favorite beguilement, whisks me away like a Calgon bath. I can neither write nor speak with its accompaniment. The sonorous treasure of music attracts my full attention with each new note deliberately playing the mouse to my cat.

And so it goes, I wrote something recently that I have wanted to share out loud with the person to whom the words were intended.  With nary a filter, I wrote my mind, and I shall not be in her company again. Sometimes writing can do that for you.

I have been teaching in the Broadcast Electronic Media Art department at City College of San Francisco since 2001. I started teaching full-time in 2009 and am tenured. My career as an audio engineer spans 32-years since the first day I began to record and mix songs on my Tascam PortaStudio (cassette 4-track) in the early 80's while attending college at UC Berkeley. I formed a couple of bands and sang lead (sometimes playing rhythm guitar) until 1988 when I discovered that the "behind-the-scenes" tech realm was much more to my liking. I love how an audio engineer controls the ENTIRE sound mix, and not just one's own instrument. I then began a career as a live sound engineer in earnest and have toured extensively throughout the U.S. and Europe as front-of-house sound engineer for a multitude of bands on various record labels (most notably "Medicine" on American Recordings) and have been a staff engineer at the venerable Bottom of the Hill nightclub since their inception in 1991 leaving a regular shift there in 2010 due to the teaching schedule. The club and its staff are like family. I owned and operated a live sound production company since 1989 (ending officially in 2017) called dcj Productions that has provided sound to the Bay Area community (mostly in the non-profit sector) in both large outdoor sound events as well as nightclubs and music halls. In 1991, I started recording bands on an 8-track Tascam TSR-8 analog tape recorder and moved into the digital realm in 1993 to 16-tracks of Alesis ADAT connected to a Soundcraft Ghost console in my home studio. In 1995, I advanced to Pro Tools and have been recording exclusively digital ever since, combining audio skills in sound for film as a location recordist as well as an engineer in post-production sound design and mixing. I remained "strictly analog" in my live sound mixing until just this past year (2012). Now that one can obtain a decent, live sound digital mixer at an affordable price, it was high time to check out digital for live. I now have a Presonus StudioLive 16.4.2 to work on with my students to give them much needed hands-on experience with a digital console. I co-owned and ran APG Records & APG Studios, an SF record label and recording studio, from 1999 - 2004 which had a distribution deal through EMI. The company folded in 2004. I continue to record music and engineer live performances at many Bay Area venues in addition to full-time teaching at CCSF. In 2001, I was hired to the part-time faculty at City College of San Francisco in the Broadcast Electronics Media Arts department where I have taught many of the classes including Digital Media Skills (BCST119), Basic Audio Production (BCST120), Digital Audio Production (BCST124), Sound Recording Studio (BCST125), Sound For Visual Media (BCST126), Advanced Sound Recording (BCST127), Sound Reinforcement (BCST128), Audio for the Web (BCST135), Video for the Web (BCST136), and Field Video Production (BCST141). I have also taught classes in sound design, audio for animation and games, music video, and computer applications at Art Institute of California-San Francisco, Globe Recording Institute, and Laney College in Oakland, CA. In addition to teaching, I am a writer. I have several blogs and have written many screenplays since 2007 producing a few of them into short films. In 2020, the craziest year and decade of any of our lives, I am starting a book project titled, "Abra, the Imaginarian." Outside Affiliations: - former Co-Director of SoundGirls - current member of Audio Engineering Society and on the SF Chapter Planning Committee - past Vice President and Interim President Board of Directors - Bay Area Girls Rock Camp - past volunteer/contributor to Women's Audio Mission - past member Bay Area Women in Media and Film - past Board of Directors for Camp Reel Stories
View all posts by danaj33 →
This entry was posted in Education, Music, Writing and tagged dedication, filter, fingers, hippocampus, keys, lecture, microphone, music, out loud, paper, Peanuts, Pen, salvation, share, speaking, stillness, teaching, temporal lobe, words, Writer, Writing. Bookmark the permalink.